Large Truck Wheel Separation Accidents: What Are The Common Threads?

Imagine a rolling, 200 pound tractor trailer wheel careening toward you at 50-60 MPH when you're traveling at 65-70 MPH and have nowhere to go to swerve or avoid it. This is what can happen: 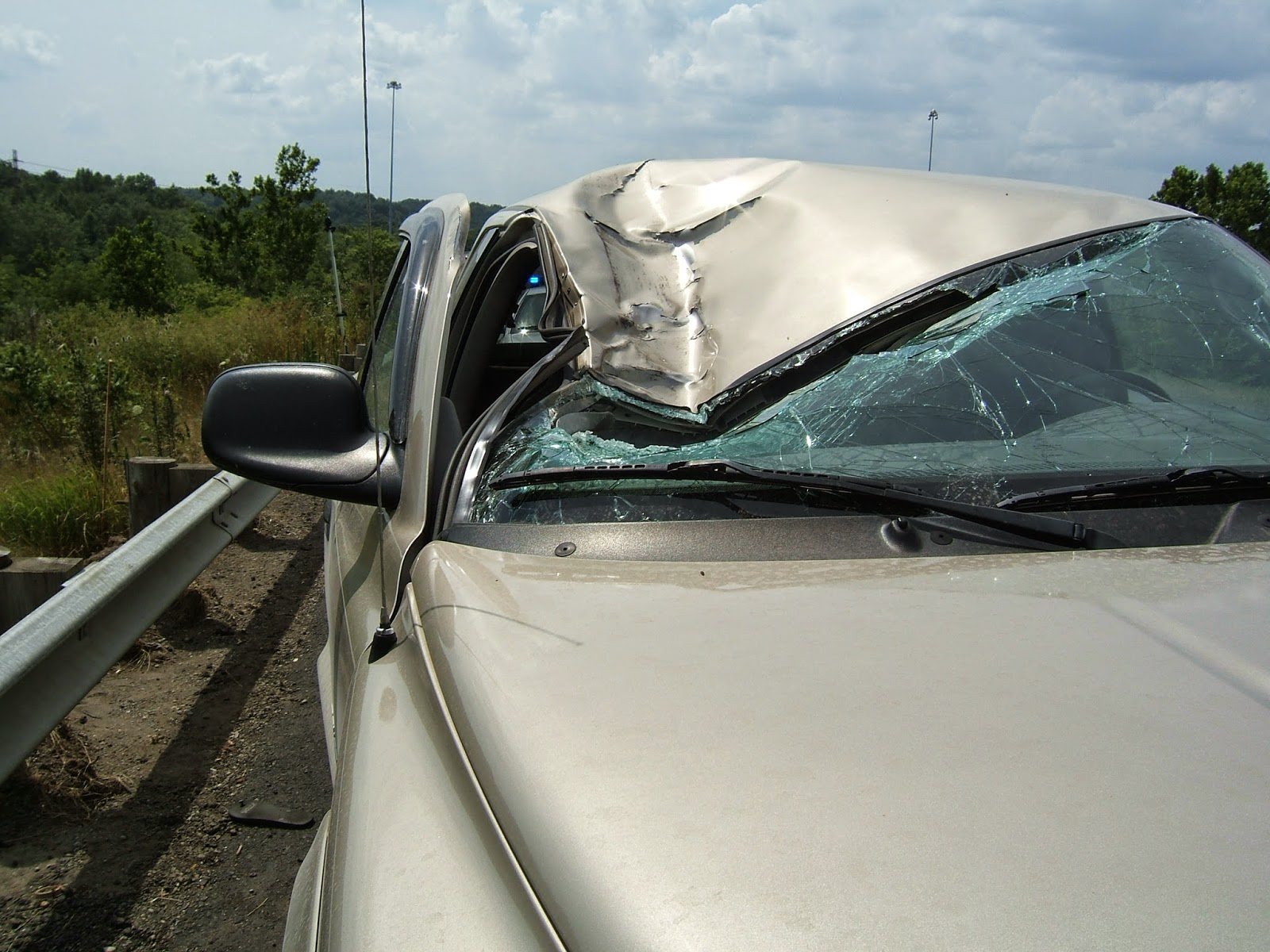 (Actual photo of truck trailer wheel after impacting a pickup truck going in the opposite direction on a  four lane, major Interstate)

Large truck tractor or trailer wheel separation is like a detonated dirty bomb: you never know the true path of destruction or how devastating the damage will be. And the damage is often done in a split second. But a wheel separating and the resulting injuries to motorists is rarely ever the product of a sudden, unexpected, split second event. To understand the reasons for a commercial truck wheel separation, one must first appreciate that a large truck is not a car and a large truck crash is not like a car crash.

Large trucks (defined as vehicles with a gross vehicle or gross combination wright rating as 10,001 pounds) are regulated by federal and state law. Specifically, The Federal Motor Carrier Safety Act (FMCSA) contains very specific regulations involving a myriad of situations affecting large trucks, from hiring of drivers to the operation and maintenance of trucks.

These regulations include obligations on drivers to inspect their rigs both before and after every trip and document that fact. Thus, by reconstructing the driver's activities via log book entries, fuel and other receipts, maintenance and repair records, and other documents, it can yield evidence and clues as to why a wheel separated.

A truck driver pulling a trailer on the Interstate suddenly notices that his rear dual trailer wheels have separated from his trailer. They smash into a car traveling the opposite direction, injuring occupants in the car. The truck driver tells the investigating officer that he had no notice of any problems. However...

Nine days before the incident, the truck driver undergoes a routine inspection by Department Of Transportation in a nearby state, and the inspection reveals the trailer's brakes are shoddy and leaking brake fluid, among other violations. The trailer is deemed "out of service" until the brakes can be replaced. A repair facility performs the brake repairs, and to do so has to remove and re-attach the wheels to the trailer.

So why did the dual trailer wheels suddenly disengage nine days later?

Because a lawsuit was filed, both the driver's paper trail, and the wheels themselves, were examined. The wheel holes (through which the bolts slide to accept the lug nuts) revealed a wear pattern that was consistent with a gradual loosening of the lug nuts. We claimed the physical evidence was such that a driver would have noticed a problem either through feeling a problem while driving. or through mandatory pre or post trip inspections, which include wheels and lug nuts.

The other problem was that the lug nuts were either under or over torqued when repairs were made (which was denied by the repair facility). The combination of these two factors led to the wheel separation, in our opinion, and took this incident out of the realm of a sudden, unexpected, "freak" occurrence.

The lawsuit was settled shortly before trial. By stepping back and re-constructing the driver's and the trailer's history before the incident, we were able to show plausible reasons for why a set of wheels could separate just nine days after they were re-attached.

One final note: many of the "retention" periods for certain aspects of a driver's paper trail under the FMCSA are as short as six months. All the more reason to contact an attorney or firm familiar with handling large truck accident cases sooner rather than later.