Sugarland Lawyers: You Fans Assumed The Risk Of Injury So It's Your Fault

Nice to know that if you go to a concert and the stage collapses it's your fault as a fan, eh? This, according to lawyers for the band Sugarland, is one of their defenses in an official answer to numerous lawsuits filed against the band and other companies arising out of the August 13, 2011 tragedy that killed seven and injured fifty eight:

Calling the powerful winds that toppled the stage on Aug. 13 an "act of God," Sugarland's attorneys said fair officials and Mid-America Sound Corp. were responsible for the stage setup, and that the fans voluntarily assumed risk by attending the show.

Some or all of the plaintiffs' claimed injuries resulted from their own fault," according to the response. Sugarland attorney James H. Milstone would not elaborate Tuesday on whether that statement included those killed as well as the injured

This "defense" is known as "assumption of the risk." It is usually reserved for activities that are by nature dangerous or hazardous, like skydiving, ziplining, parasailing--you get the picture. And even then, sometimes the waiver you sign informing you that you are assuming the risk of injury does not necessarily excuse the host from liability if negligent in some manner.

That aside, I am reasonably sure that watching a concert in a pavillion at a state fair (with the possible exception of the mosh pit) is not by nature a hazardous activity where you "assume the risk" of a tragedy like this.

That is, unless, you're an insurance company lawyer, where every "kitchen sink" legal defense is thrown into the mix, no matter how stupid or inane. And this defense is inane. It will go nowhere and every lawyer involved in this ligigation knows it.

Ohio personal injury attorneys like me see this defense raised every day in run of the mill cases, even in clear liability situations, like when our client is rear ended ("the plaintiff assumed the risk of all injuries in the collision"). They allege it, and it dies on the vine without so much as a whimper. No big deal.

But I've never understood why insurance companies make allegations like this in high publicity lawsuits like these ones. All it does is make a bad PR situation worse. Now the band Sugarland has to respond to this issue when my guess is that they probably knew nothing of what the official lawsuit "defenses" would be. It's like asking for more egg on your face, and I can also guess it's not helping innocent victims of this tragedy heal.
Posted by Brian at Wednesday, February 22, 2012 No comments:

The world is full of miscreants. Hopefully most of us will not cross their paths, but it's a long (and growing) list: pharmaceutical companies and product manufacturers who market and sell dangerous drugs and products and who are slow to recall them even though they know they are harmful. Nursing homes that injure or kill elderly patients and then alter records in an effort to bury their mistakes. Trucking companies who hire incompetent drivers with extensive criminal or accident histories in order to put a body in an idle truck. More commonly, every day drunk, impaired, and distracted drivers maim or kill innocent Ohioans.

Every one of these bad actors and their insurance companies were just cut a huge break by our Ohio Supreme Court with a recent decision. This week, The Ohio Supreme Court upheld a "tort reform" law passed by The Ohio Legislature in 2005 that prohibits introducing evidence of a defendant's willful or bad conduct during the initial phase of a lawsuit. How does this decision work in the real world and why should you care?

Imagine being creamed by a drunk driver. He puts you in the hospital, and you're left with long term injuries, surgeries, therapy lasting months or years, lost wages, and a life that is now not normal. After getting jerked around for months on your own by his insurance company, they make you an insulting offer.

On the day of trial, the insurance company lawyer admits the driver was at fault but makes no mention of the fact that his client was drunk. Common sense, logic, and simple fairness would dictate that you can introduce evidence of the driver's intoxication for the jury's consideration in determining your damages, right?

Wrong. Not in Ohio. Not any more. According to this recent decision, your trial is now chopped up or "bifurcated" into two parts. In the first phase, the jury hears no evidence of the driver's intoxication. For all the jury knows, the driver was a responsible citizen heading home from church or the grocery store. They're not allowed to hear that the driver had consumed 8 beers and had bought another 12 pack when he left the store. And they're not shown the police videotape of him staggering and falling down on the berm of the road, or the toxicology report showing that he was two times over the legal limit.

After the jury determines your damages in the now sterile and non-transparent initial phase of the trial, only then can you introduce evidence of his intoxication, in order to determine "punitive" damages against him.

This is a HUGE victory for insurance companies who pushed for this law, as I wrote about here. Even more egregious, it gives a big break to drunk drivers, who can now sit at trial smugly, knowing that their awful choice to drive drunk will never see the light of day for most of the trial.

Imagine being a drunk driving victim and sitting in trial listening to an untrue and sterile version of the facts of your case. It's a slap in the face to all drunk driving victims, and it's no wonder I hear people frequently rail that our justice system makes no sense.

And this law and decision makes no sense. The Supreme Court passed on an opportunity to strike the law as unconstitutional as in conflict with Pre-2005 Rules Of Procedure that gave judges discretion to simply allow one trial and let all the evidence in at once, including evidence of intoxication.

Instead, The Supreme Court rubber stamped the law and essentially sent the message that "whatever The Ohio Legislature passes is fine with us." So much for The Constitution. Did they intend to protect these bad actors with this ruling? No. But this is the practical reality of their decision.

So how's all this "tort reform" working for you now that our system has seen fit to give a legal break to drunk drivers, medical institutions that alter records, a lot of other bad actors, and their insurance companies' bottom lines? Sorry but this one is hard to swallow. So much for fairness and a level playing field when you walk into court.

In the near future, I'll be getting a call from another drunk driving victim. Perhaps someone who was in favor of "tort reform" and "cracking down on all those frivolous lawsuits." And then I will try to explain this gem to them. And the reaction will be typical: "Well, that's not fair. My life has been changed by a drunk driver and these laws give a break to the drunk who hit me? How is that justice?"

My response is always the same. "It's not, but this is what you voted for." You know the old saying "Be careful what you wish for--you might just get it?" Well, you just got it.
Posted by Brian at Thursday, February 16, 2012 No comments: 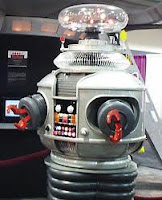 My client called, exasperated, and told me: "my auto insurance company called and told me they will not pay any of my auto accident bills after six weeks." Mind you, this was no fender bender. This was a broadside collision. The client was hit on the driver's side door and dragged through an intersection. The client had purchased $5000 of medical payments coverage with his "full coverage" auto policy and had paid a separate premium for that coverage.

But it was no doctor on the phone telling the client he should be "all better" after 6 weeks. It was an adjuster. She was not attempting to cut off the payment of bills to be mean or spiteful. Rather, it was simply their "company policy."

How can an insurance company magically devine that anyone in a crash who hasn't broken any bones should be fully recovered after 6 weeks? Simple. Spend millions on sophisticated software programs that input certain diagnosis "codes" and feed them into the fancy software algorithims. Voila. Out comes "data" that tells the adjuster how long their own insured should be treating with their medical providers for their injuries.

Why did many auto insurance companies sign on for sophisticated medical auditing software? Think $$$$. By creating and imposing artificial limits on medical payments coverage, they can save $350 or $700 or $1129 or whatever per claim. Now multiply that by millions of claims for medical payments and you get the point.

Never mind the fact that each person is different when it comes to recovering from muscle, ligament, tendon, and other "soft tissue" injuries. One person may not need even four weeks of treatment or therapy. Others, because of their health history, may need 10 or 12 or 14 weeks of treatment. One would think that someone--oh, I don't know, perhaps a PHYSICIAN comes to mind--should have a say so, maybe, in what treatment is necessary for that person's recovery?

That's what customarily happened before all the algorithims. Welcome to the new normal. Thankfully, many of these same companies will back down from their "policies" and re-evaluate their original position, but not without a fight from me and a threat to sue them for insurance "bad faith" in unreasonably delaying or denying payment of my client's bills.

They should give their computer program a name. Allstate's is called Colussus. I would propose Dr. Al. Al Gorithim.
Posted by Brian at Wednesday, February 01, 2012 No comments: