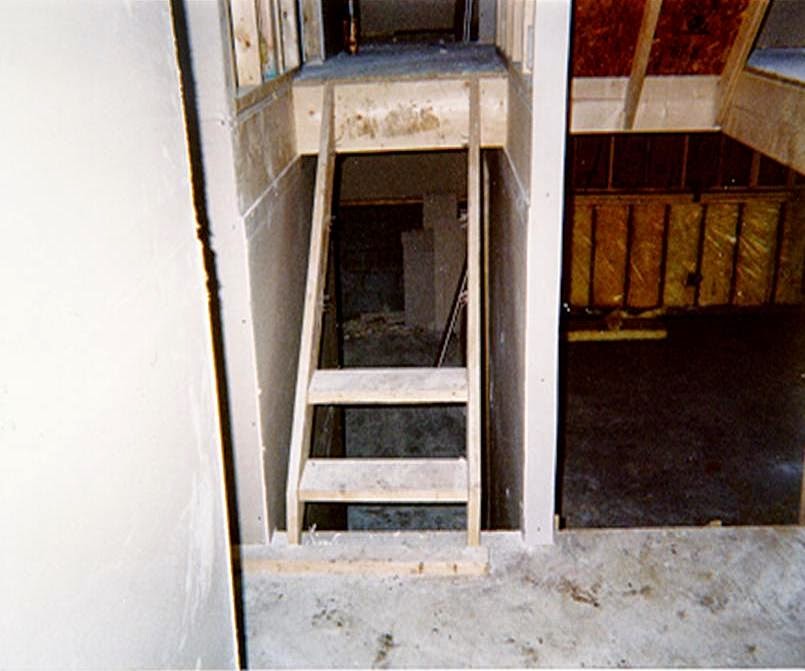 If a picture is worth a thousand words, a good picture in a personal injury claim might be worth thousands of dollars in certain situations. A recent call from someone injured due to a collapsed  residential structure reminded  me of the importance of taking good pictures after an injury.

A few years back I resolved a case on behalf of a tradesman who fell through a set of poorly built temporary stairs at a residential building site. The treads collapsed as he was walking down the stairs. They were nailed to the stringer (the sides of the step assembly) without support blocks underneath the treads, so that the treads were supported only by nails driven through the side of the stringers and into the treads.

Not a good design and not safe. Consequently, he fell 20 feet down the stairwell and onto the basement floor, shattering his leg. Now here's the interesting part. He was working alone (it was a weekend), and was discovered by other tradesmen who arrived at the scene. They quickly arranged for him to be taken to the hospital.

Thankfully, he had called his wife and told her to send someone to pick up his tools. That person took pictures of the collapsed steps and the sheared treads. These pictures proved to be invaluable because the contractor replaced the stair assembly, took no pictures, and got rid of the evidence.

The pictures of the stair remnants allowed an architect to reconstruct what caused the stairs to collapse and give an opinion at trial that they were negligently constructed, which resulted in a successful resolution of the case. But for those pictures, the case would have been more difficult if not impossible to win.

Particularly in cases involving injury at a premises or work site, documenting the scene with pictures can preserve it for later analysis. And it's naive to presume that the owner or contractor will preserve any incriminating evidence. What's more, in auto accident cases, all too often local law enforcement will fail to take pictures of vital evidence of the vehicles or the scene.

In this age of even the cheapest phones with a camera function, don't be afraid to use it! It may end up being the breakthrough evidence in your injury claim.